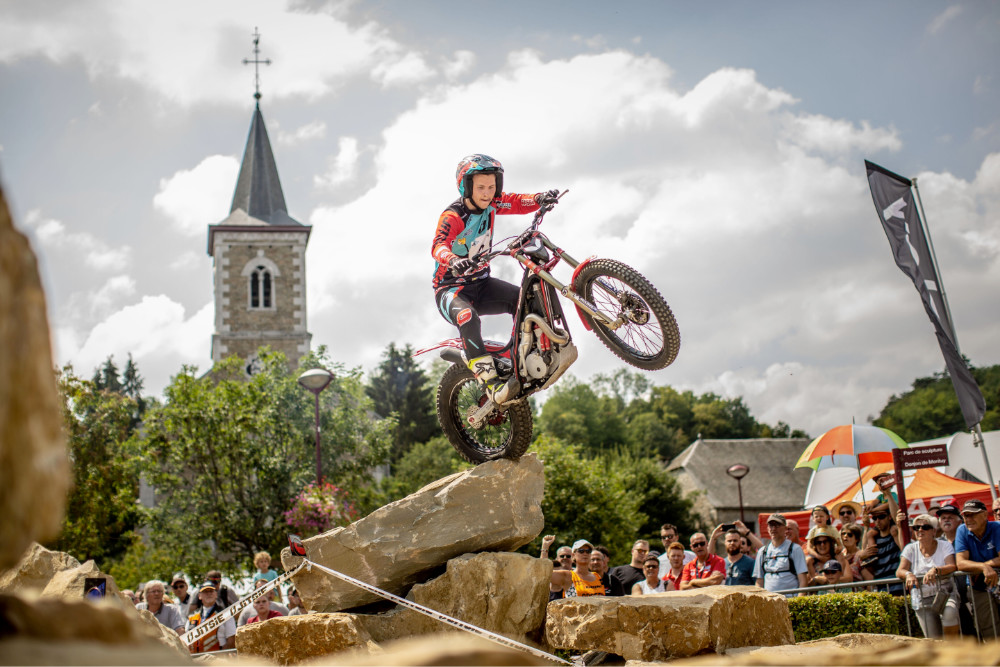 At 22 years old, Franzi Kadlec has already had a successful career. He took the big decision to take a break from TrialGP in 2020. Why Franzi? Is there life after TrialGP? We asked him in our Q&A below. Enjoy some highlights from Franzi's TrialGP career so far. 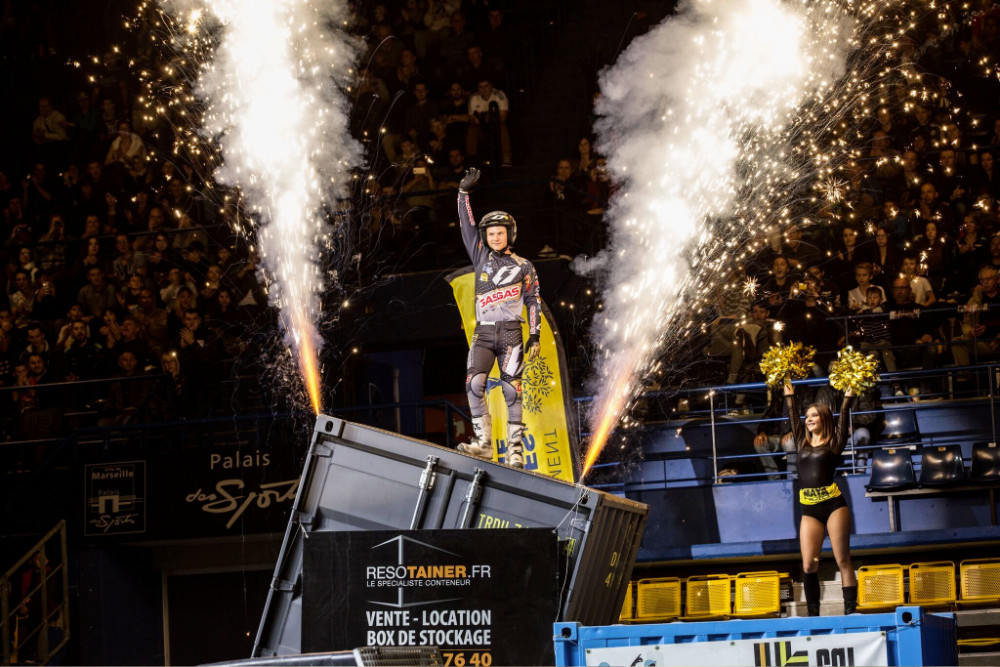 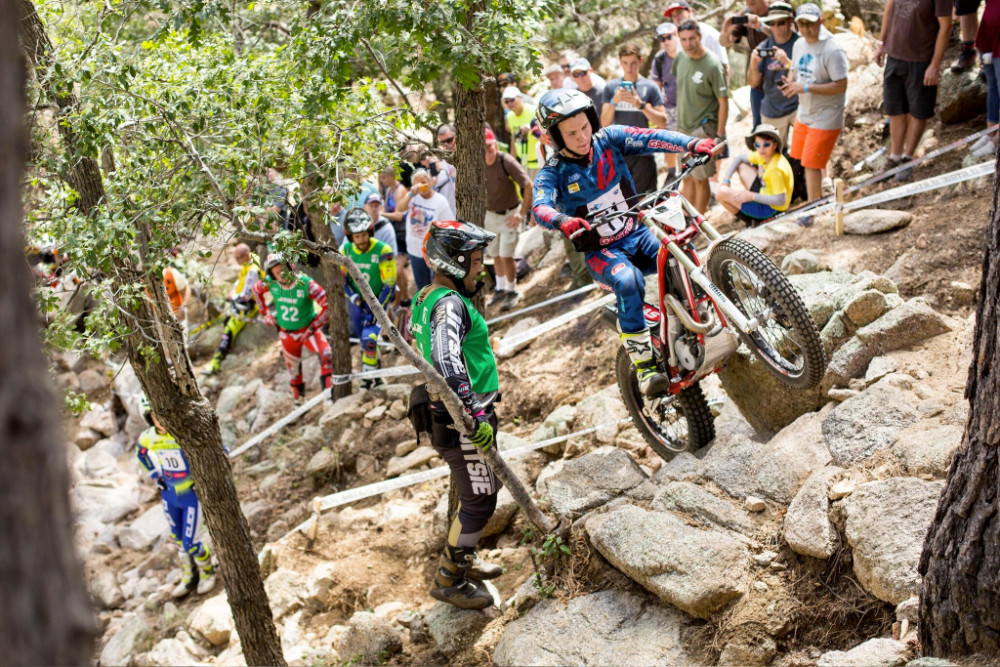 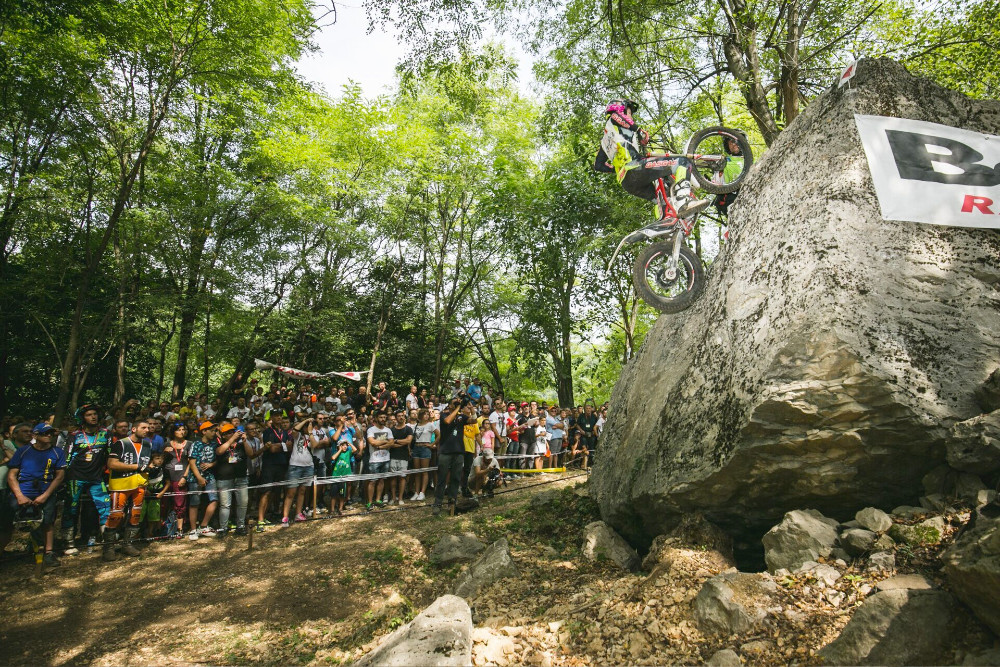 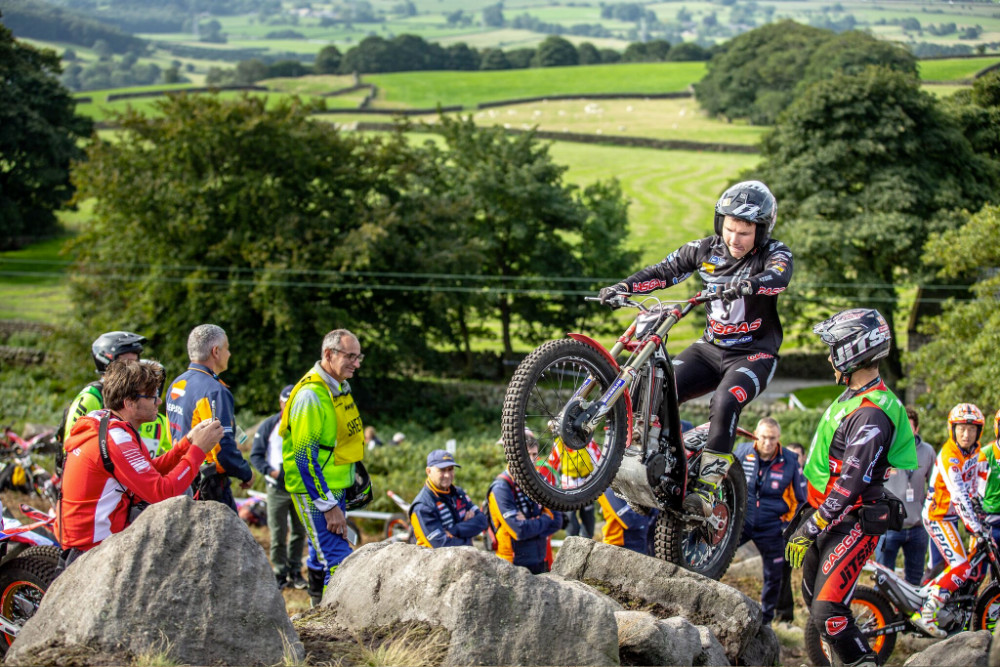 Jump up or roll up?

World Championship: Non-Stop (cause I’m good at it), Training: Stop

The future is electric.

When did you ride your first World Championship?

2013 in Italy. It was a European championship round on Saturday and a World championship one on Sunday. I rode the Junior class in the Worlds on a Gas Gas 300. It was my first year on the new bike. In the beginning of the season I still rode a 250 and during the year I switched to a 125 on Saturdays in the European class and then the 300 on Sunday on the red route.

When did you go up to the TrialGP class?

What are your best memories of riding the World Championship?

My first highlight was in Czech Republic in 2015. I ended up 7th that round and I can clearly remember the dubbel step in section 2 or 3. I was one of the few that was able to get up there as it was real slippery.

And then last year definitely Japan with two 6th places. Although afterwards with Fajardo’s disqualification a 6th and a 5th. That was a really good weekend. And one of the best moments there was the 0 in section 2. A super slippery section and Toni Bou and I were the only ones to even clean it. Then I rode all cleans until section 11, that was super awesome!

How did your World Championship career start? Highlights?

The first complete World Championship year was 2014 on the Junior Class. And actually that whole year was a highlight. I came in without any big expectations, I just wanted to see how it went and then really going for it in the following years. But at the first few rounds I already ended up on the podium a few times and immediately battled with Jaime Busto. There were some bad weekends as well of course, but almost always top 5 and definitely top 10. In the end I finished second in the class, but had the opportunity to win the title until the last round in Spain. In any case it was a super year since I never expected that result. Funny story: every round that I won the father of Gael Chatagno said the day before:”Tomorrow you’ll win”. And every time he said it, it worked!

What bothered me in the blue class was that the level of sections was pretty easy and every point dropped you almost one position. That’s why I wanted to go up to the red route to really battle the sections, and not the other riders so much. In the Junior class I often looked at the red line and thought “Damn that looks like a fun section, I’d rather ride that one”. And it’s the most difficult class in the world so it’s not a big drama if you 5 it.

In 2015 I rode my first year in the top route on a Beta. I don’t have any memories of good results since this was more a feelout year. Of course I gave it my all, but I also gave myself some time. What was new to me were all the big stuff you had to ride in just one section for which you need a good physique and confidence. Therefor that year I had quite a few fives punched without riding the section, just to avoid getting injured. But all in all I learned a lot that year. Especially that the big scary sections often weren’t that difficult, but just needed a confident approach.

In my second year on Gas Gas things went a lot better already. I had a lot more confidence especially due to my winter training in Spain. In the World Championship you often ride big steps that are super grippy. At our place we usually ride tricky steps because they’re so slippery. They’re often 1.5m smaller, but more difficult than the 3m steps in Spain due to the conditions we ride in. I rode Gas Gas for 3 years and then switched to TRS.

Were your TrialGP class expectation fulfilled? Was it cooler than Trial2?

In the first year I was pretty nervous since all sections were so big and I didn’t want to injure myself. In Trial2 I was just nervous to dab and lose points. After some time the feeling and confidence came back though as I got used to the bigger sections. It’s not so bad since you can’t clean everything in the top route, but in the end every point counts.

In the first years the starting position was still decided by the overall positioning so you always had riders in front of you where I used to think: “They ride so much better than me”. Then all of a sudden you ride with them, battle them and at the end of the day you see that you’re not so far off them in points. And then the ambition as well as the pressure of performing come back. Even between place 7 and 8 every point matters and you’re so close with everybody that at night you start thinking:” If I didn’t ride that stupid five.” and so on. Of course you always think that after every trial and every 5, but when it’s so close it’s even worse.

Is that also one of the reasons why you stopped riding the TrialGP class?

On one hand it’s like this: the atmosphere at the Worlds is always really tense. Serious arguments with the FIM, new rules, unhappy riders, just a bad vibe in general. And most riders that start earn their money with riding trials. They live from it and there’s no other option or plan B. Then it’s about surviving and I had that same pressure as well.

On the other hand it’s the time and effort it takes and you have to invest to be the best at what you do. You have to train in Spain all the time. When I’m not in Spain I’m on the road to somewhere and when I was in Germany I couldn’t quickly go back to Spain because the next round was already in front of us. In that way you’re always under pressure.

During your last season you were more in Germany than the previous years, no?

Did you notice a drop in your rider level then?

Well if you look at the events then 2019 was my best year in TrialGP. The main reason was my more relaxed and laid back approach I think. When I was in Spain for training I spent a lot of money to live, travel, ride etc. You know you invest money and when something doesn’t work during training you think to yourself; I’m here to get better and it’s not working. I’m not progressing. And that gave me stress. In Spain I also didn’t have anything else then riding trials.

When I was a few days at home in Germany I was able to clear my head and only had to battle the competition stress, then I felt a lot more at ease.

On the other hand I was a bit nervous in 2019 cause I didn’t have the same level of bike feeling that you have when you ride your bike every day. But that quickly comes back at the training area.

If in two weeks time there would be a World Championship and you were at the start. How would you do?

Now? Difficult to say. Not so far off last year I think since not that much time has passed either.

When did you last ride your bike?

2 weekends ago. At Holzkirchen.

What do you do now?

I’m currently working as a mechanic intern in my father’s company. From Monday till Thursday I work from 7am – 5pm and on Fridays normally until lunch time. Now a bit less due to the Covid-19 situation of course. Then I normally ride my bike at the weekend. Working is not something you take lightly, especially when you work in construction. When you get home in the evening, you’re pretty much done for the day. Especially in winter time when it’s dark early, then you can't do that much more after work.

Well I have to admit I haven’t looked out to the weekends like this in a long time. Working on it’s own isn’t necessarily fun, but when you’re working with your hands and see the good things you do for people it gives you a good feeling. At trials you try to represent your sponsors and promote their products, but you don’t really do much more for your environment. That’s why this is so cool. The days seem long but the weeks pass by so fast now.

Who wins the Trial2 class in 2020 if there is a World Championship?

Difficult to say. Marcelli is going to TrialGP? Grattarola has a lot of experience and a confident riding style so he definitely has chance to win it again. But I would be happy to see one of the younger guys win it since a lot of riders are already in this class for a long time. I can imagine that Ferrer will have a lot of success as well, but I think from the young guys Jack Peace is also really good. He has a clean style and that’s what you need in the Trial2 class. Maybe also Toby Martyn or Sondre Haga. Really difficult.

What do you think about the SSDT? You fancy riding it?

Actually the whole TRS Germany team should participate. But since I have intermediate exams during the week I have to cancel. It’s not something I feel I have to do immediately. It’s something I can still do later when my riding style suits the SSDT more.

The good riders move as well!

Yes I believe you. But it’s more fluent riding and not hitting big steps or rear wheel jumps.

Thanks for the interview and see you soon! Stay safe.