A timeline of the Alpinestars trials boot

Worn by trial world champions since Bernie Schreiber piloted his Bultaco to the number one spot in 1979, Alpinestars trials boots have evolved from lightly modified motocross boots to a pure, specialist trials boot, the input from the world’s best riders continuing today just as it has across the last four decades. 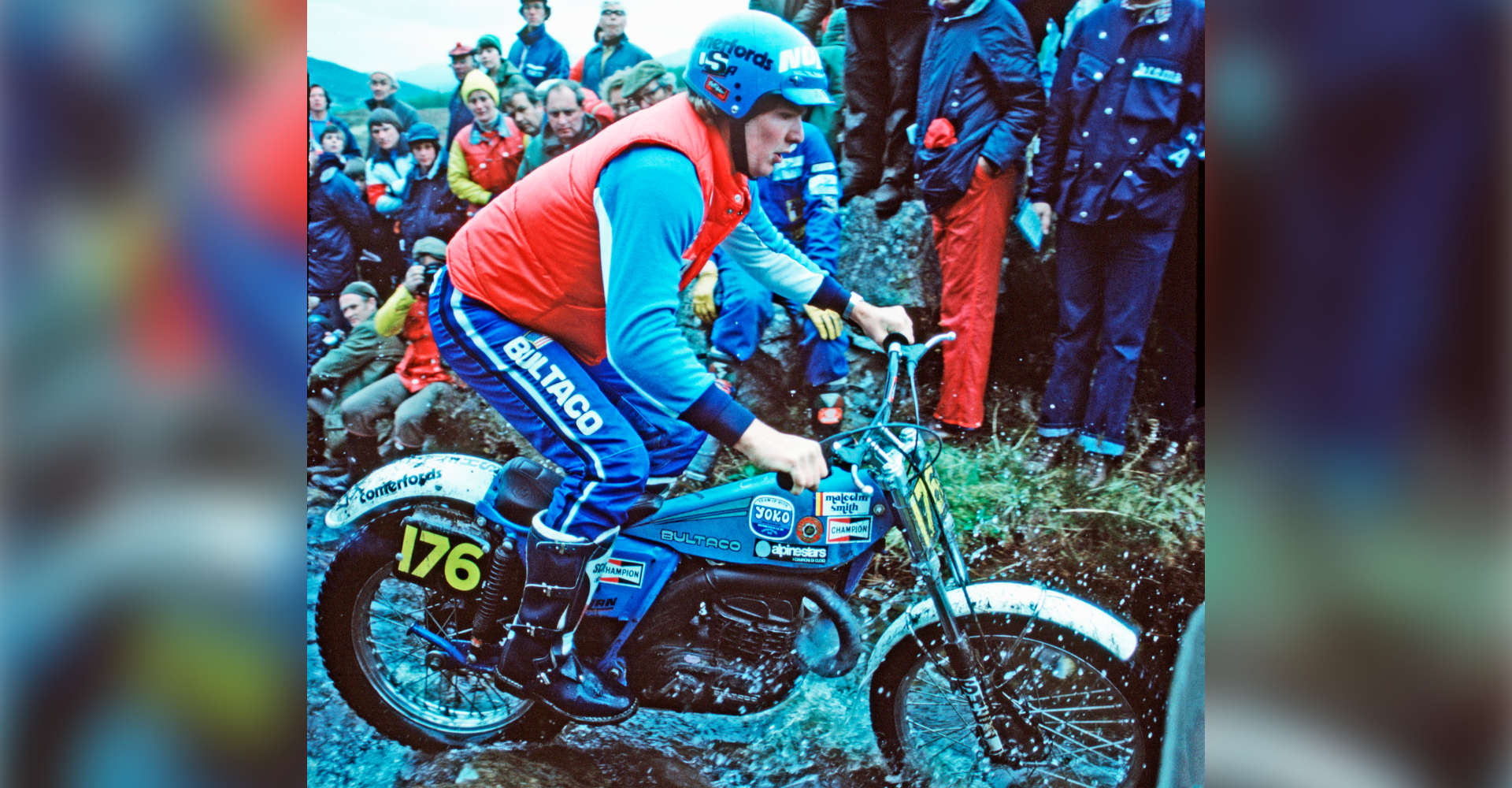 Schreiber was Alpinestars' first big-name trials rider, and the first and only American to win the Trials World Championship

As trials machines became lighter and more agile, riders developed new skills to fully exploit the progression of these enhanced capabilities. The sections became more demanding, the obstacles bigger than ever, often verging on the impossible. These new riding styles required more finesse from the machine’s controls and so a boot with generous flexibility was an absolute must for a skilled touch of rear brake, a technique that has become such an integral part of modern trials. 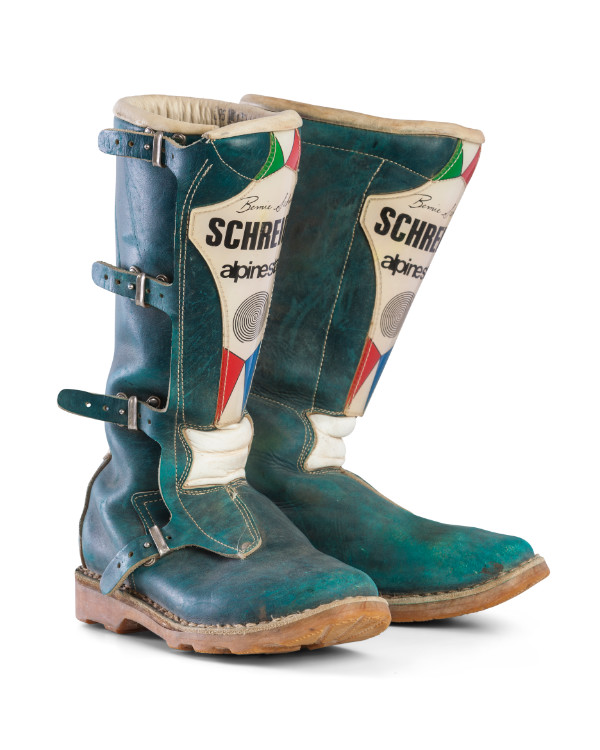 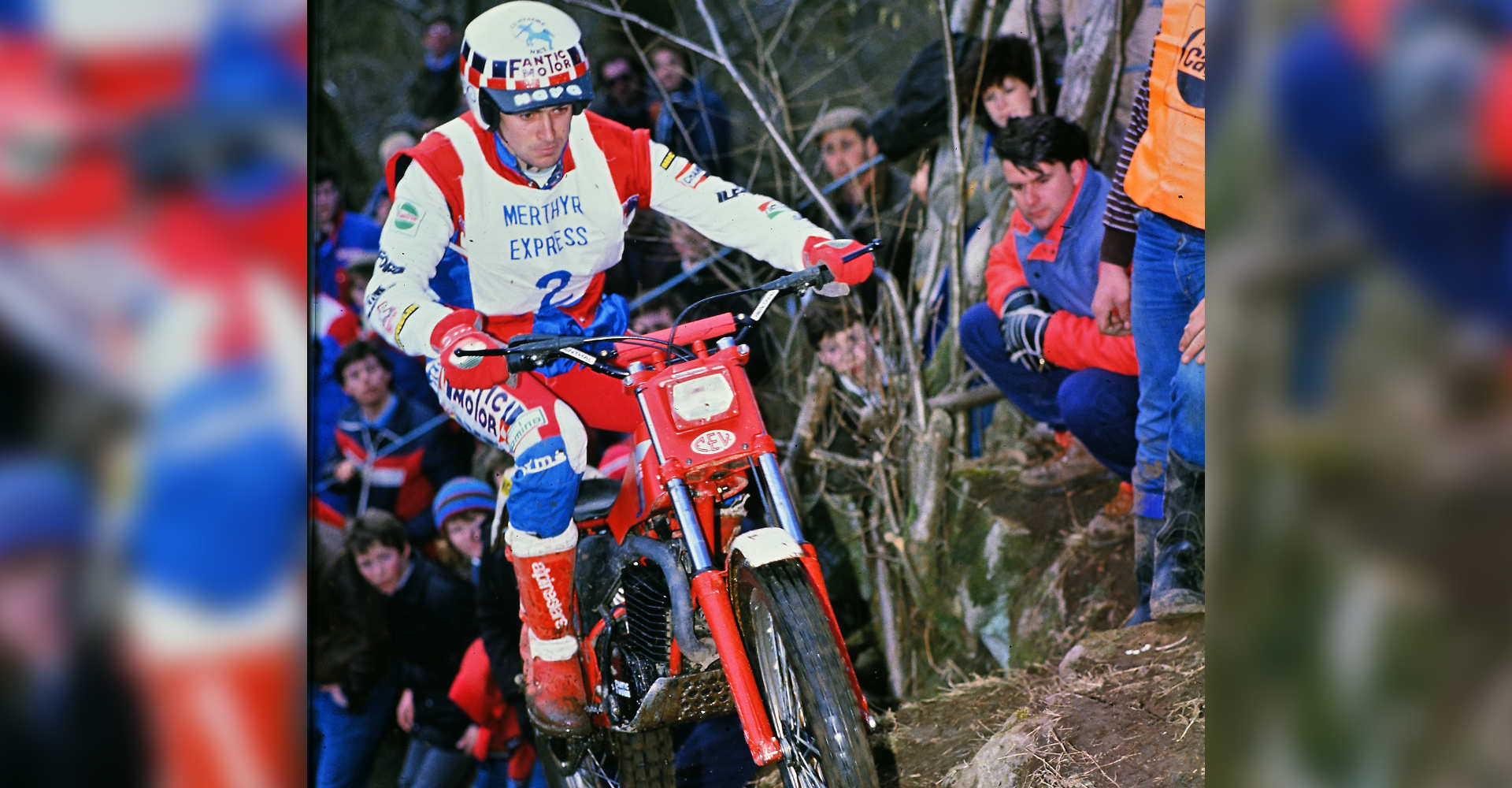 From the early ‘Schreiber edition’ boot through the evolution of the NoStop and on to the current Tech T boot, legends such as Thierry Michaud, Jordi Tarres, Dougie Lampkin and the greatest trials rider of all time, Toni Bou have all had their say in how the boots should feel and how they should strike the perfect balance between performance and protection. 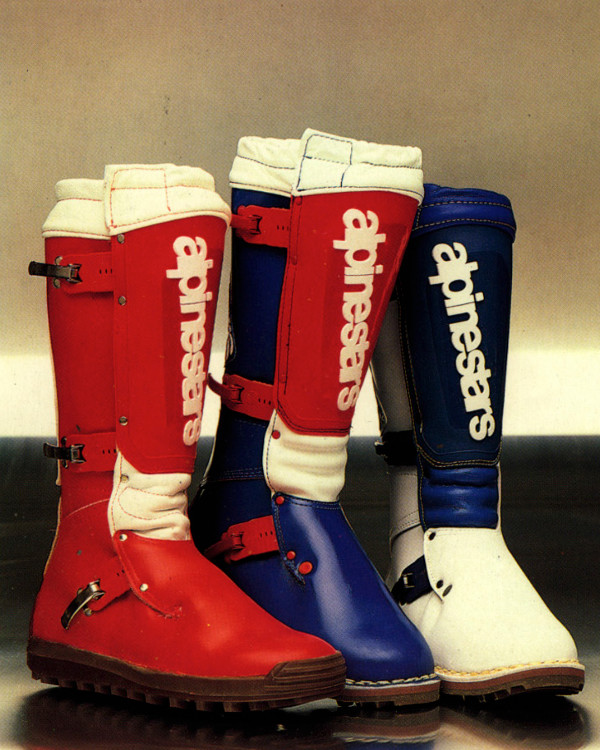 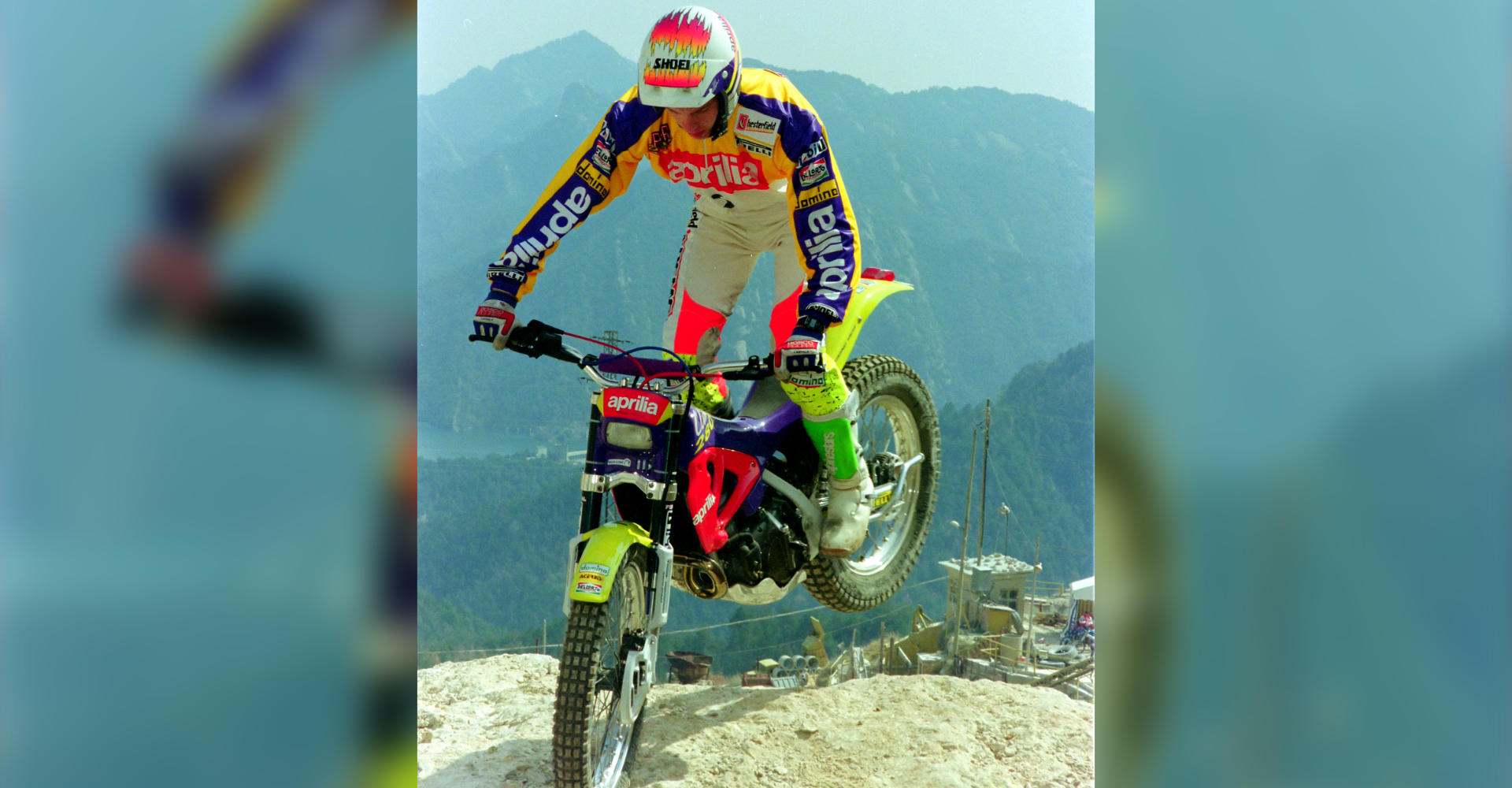 The first Finnish rider to win the Trials World Championship since Yrjo Vesterinen in 1978. At just 20 years of age, Ahvala made his Aprilia Climber perform miracles to take the 1992 title.

Different closure systems, improved shin protection, anatomic footbeds to reduce foot pain from a day spent stood on the pegs, better traction for walking sections — all the things the riders have asked for over the years with no compromise when it comes to that all-important feel and flexibility, the absolute key ingredient for ultimate control and precision. 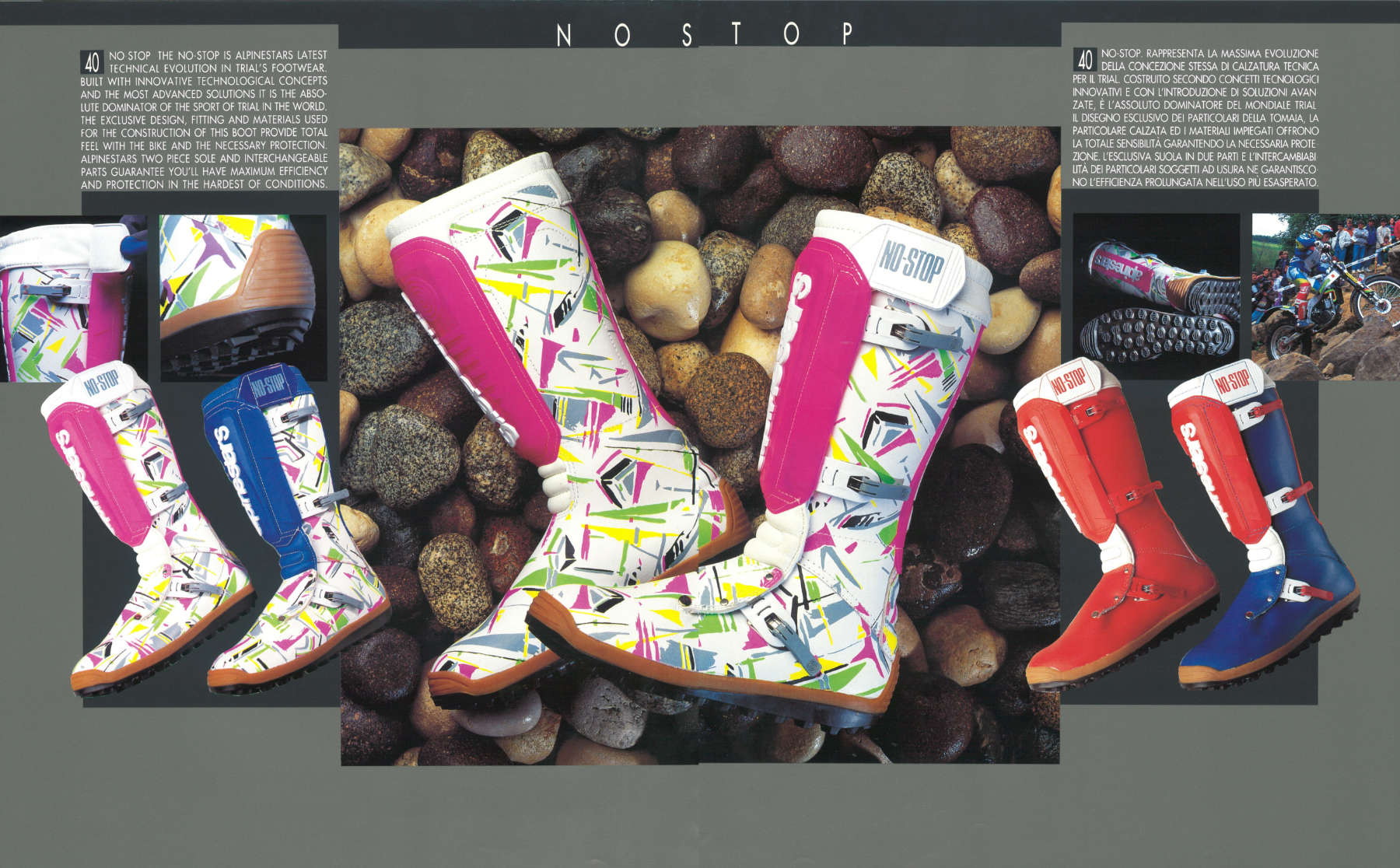 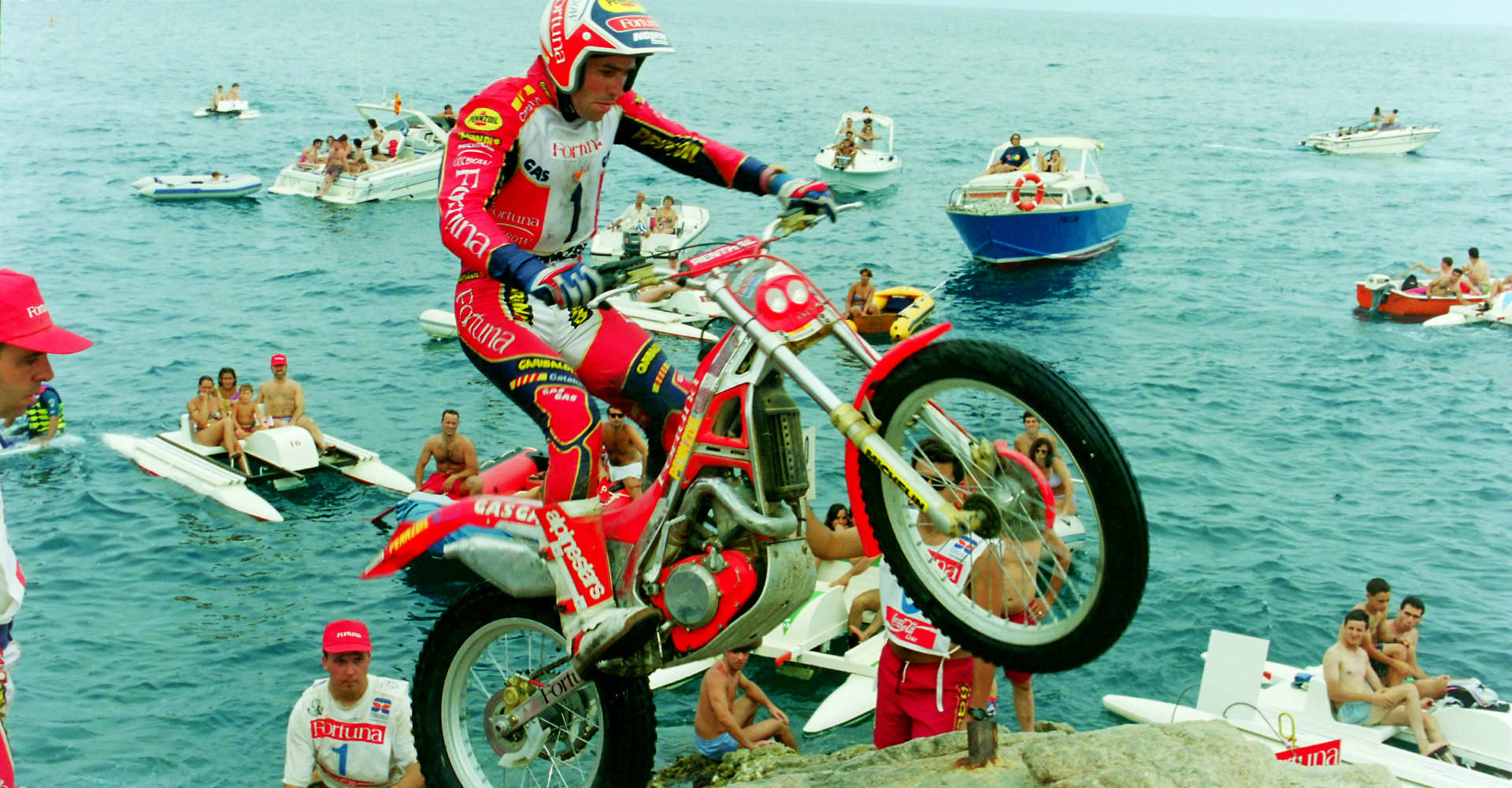 Small details have made big differences. Moving away from the generic, all-purpose off-road boot, Alpinestars’ dedication to producing boots for all disciplines and their specialities has resulted in arguably the most desired trials boots for the past 40 years. 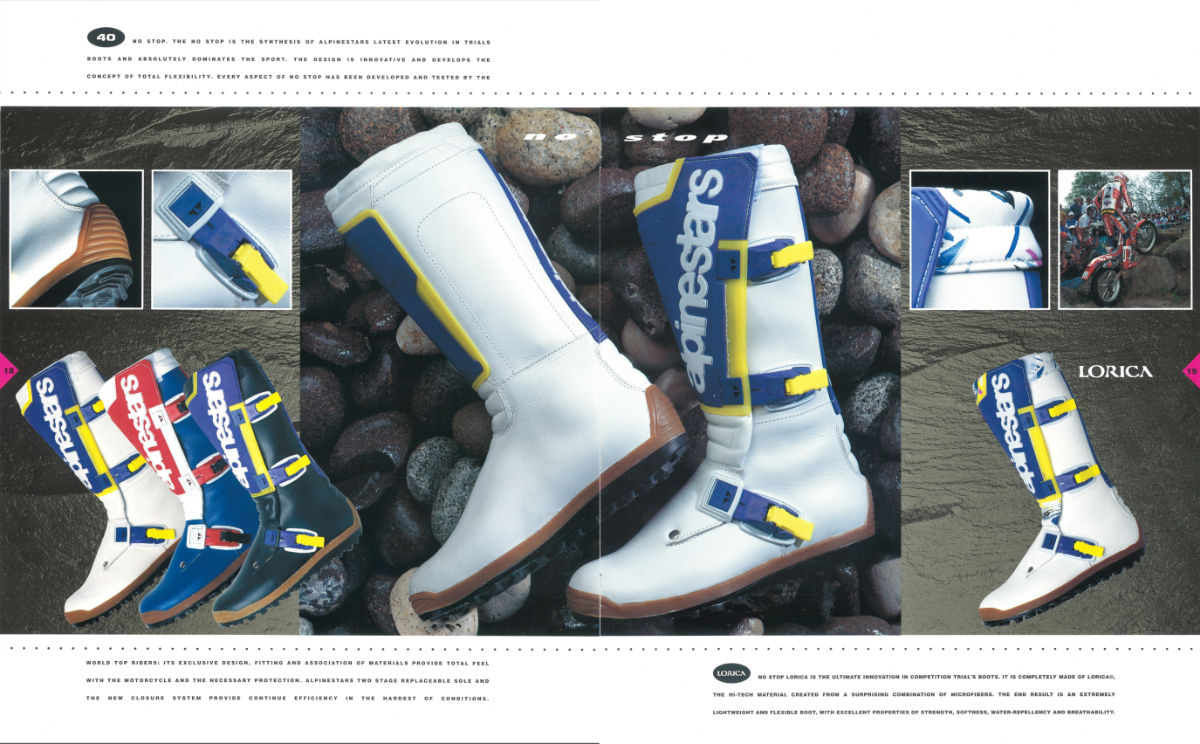 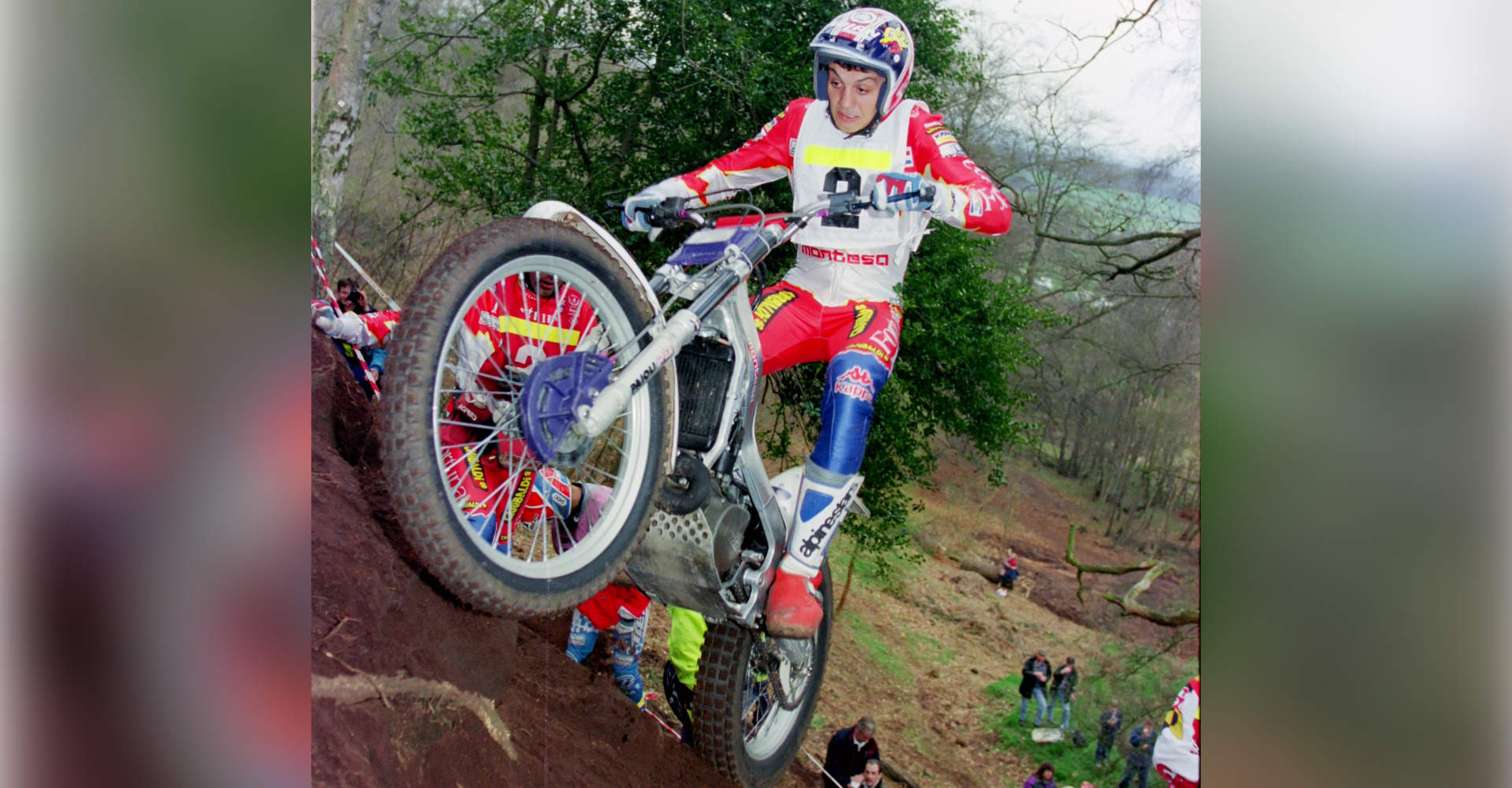 A rider who competed inside the world’s top 10 for over a decade, Spanish star Colomer enjoyed even more success indoors with three world titles.

This commitment to producing the best possible product — and one that is focused purely on trials performance — is an ethos that sits perfectly with Jitsie. As a 100% trials brand, being able to collaborate with the manufacturer of the world’s most successful trials footwear has been a real privilege. 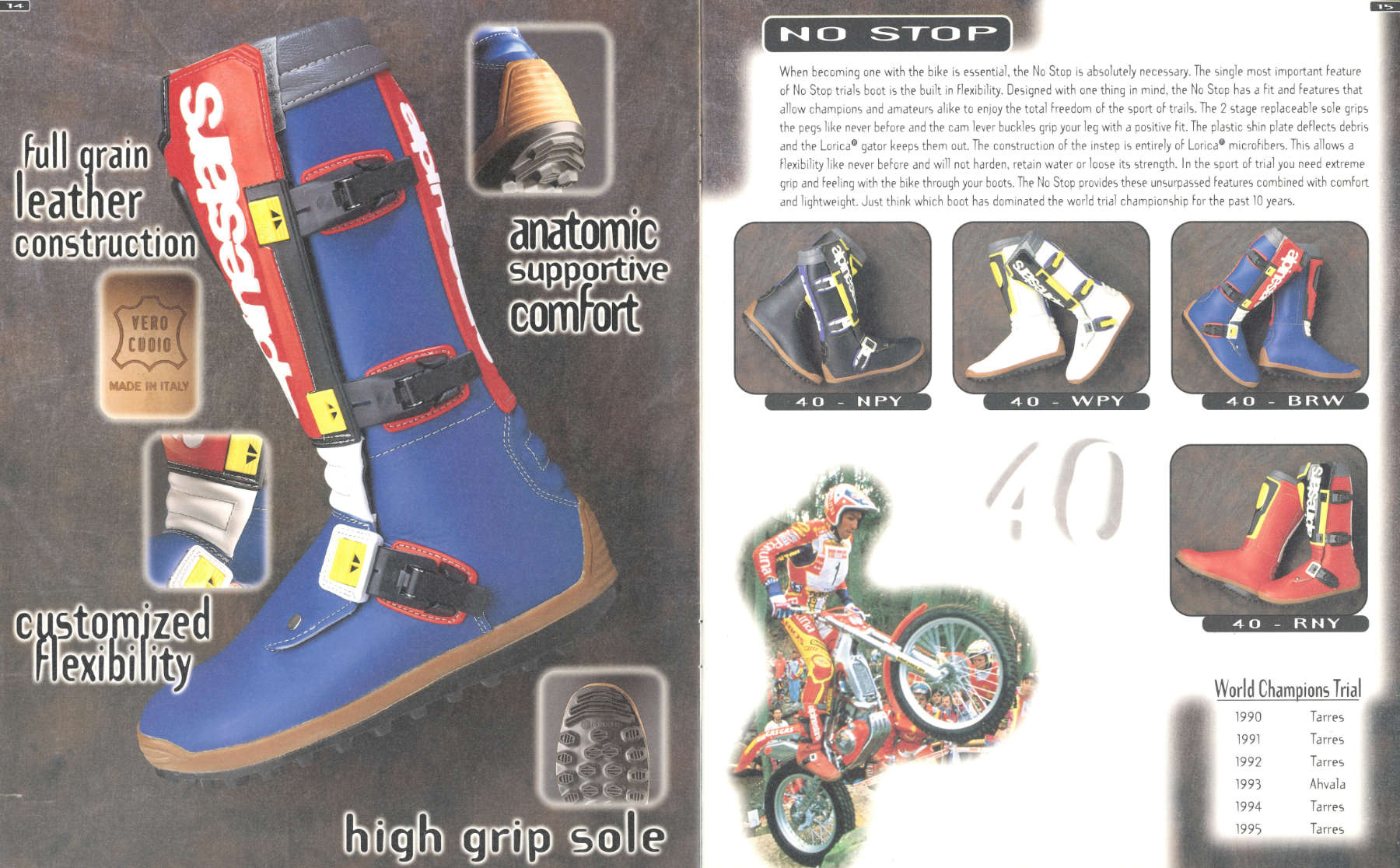 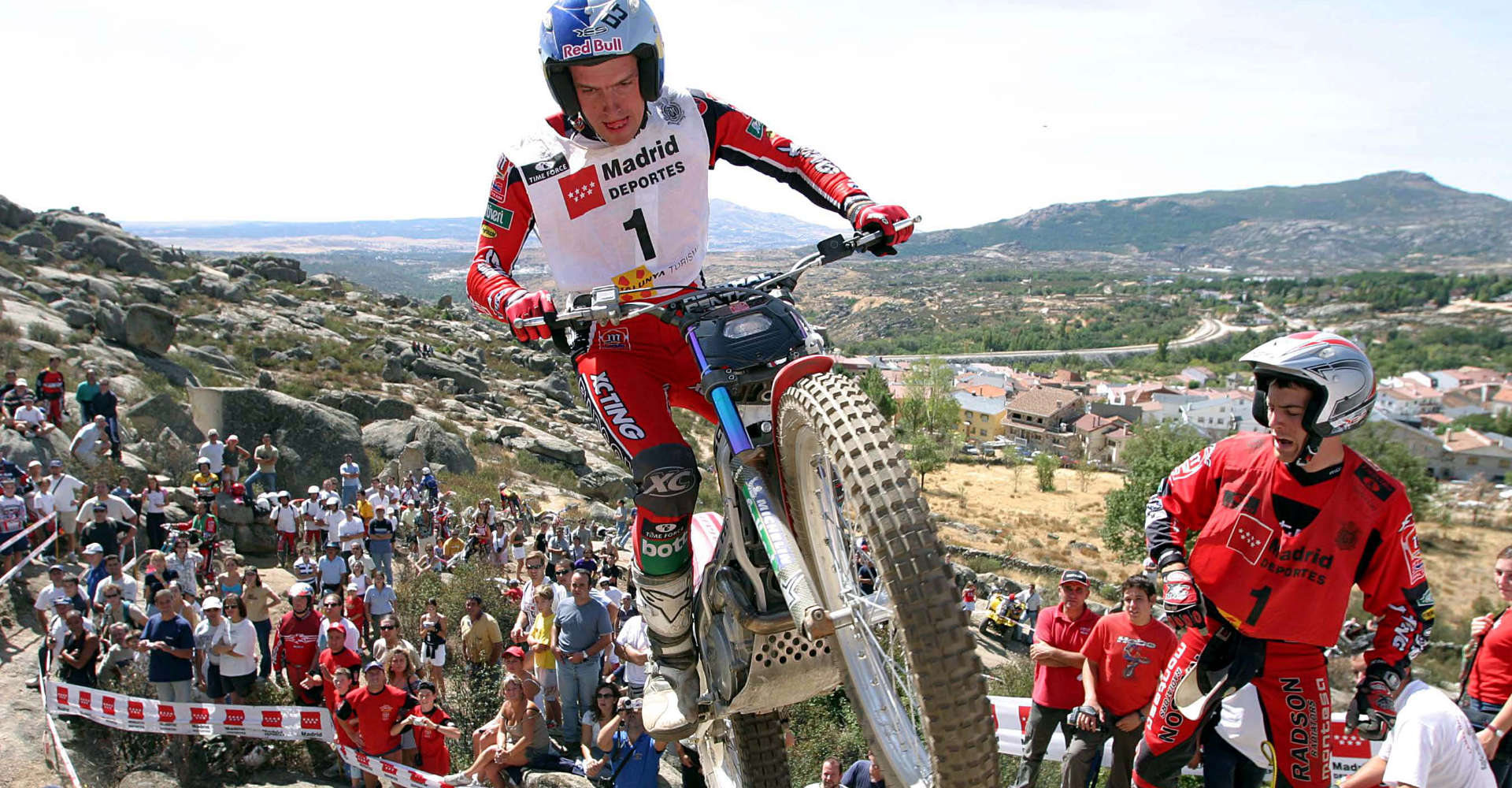 With seven outdoor, and five indoor titles, Lampkin has seen success on a range of machinery. A multiple winner of the SSDT and Scott, he tests his boots harder than most.

We’re proud to present the Alpinestars Jitsie Tech T boot, the result of a partnership of brands with very similar values and goals— above all else, to create the world’s best trials products for riders of all levels. 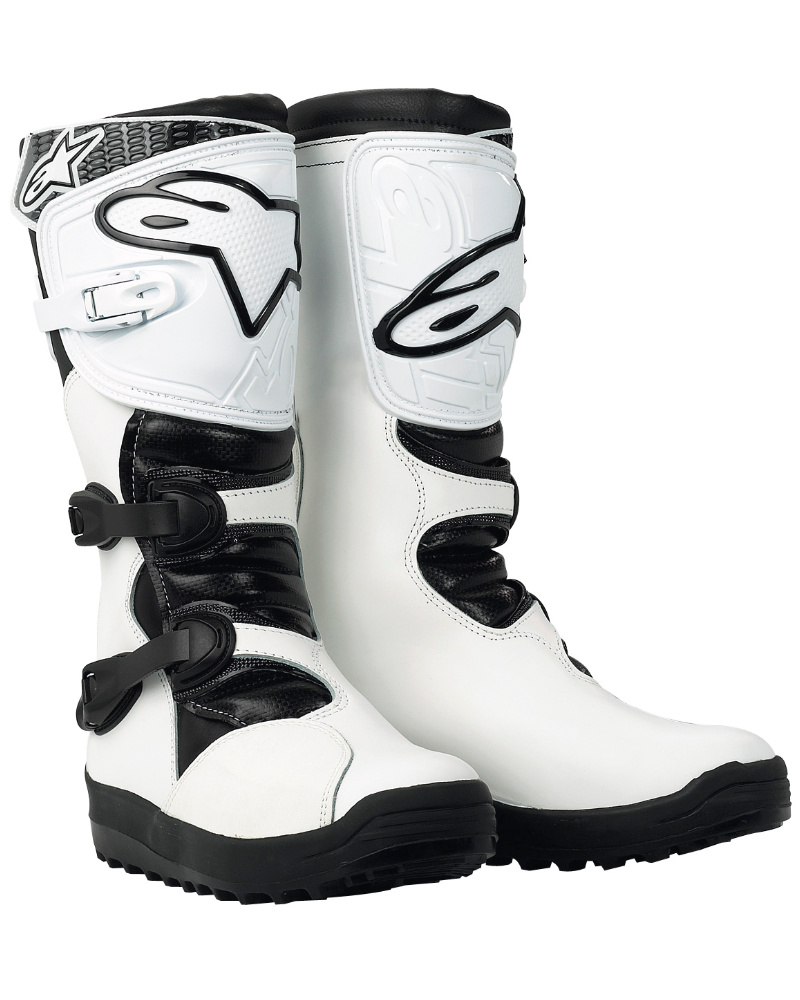 The greatest rider of all time has won 14 of his 15 Trials World Championships wearing Alpinestars boots. Seemingly untouchable since 2007, can Bou be beaten before he retires?

Having taken 33 Outdoor World Trials Championships, plus countless national titles and Scottish Six Day Trial victories since 1979, the latest iteration of the Italian company’s trials boot is undoubtedly its best yet. 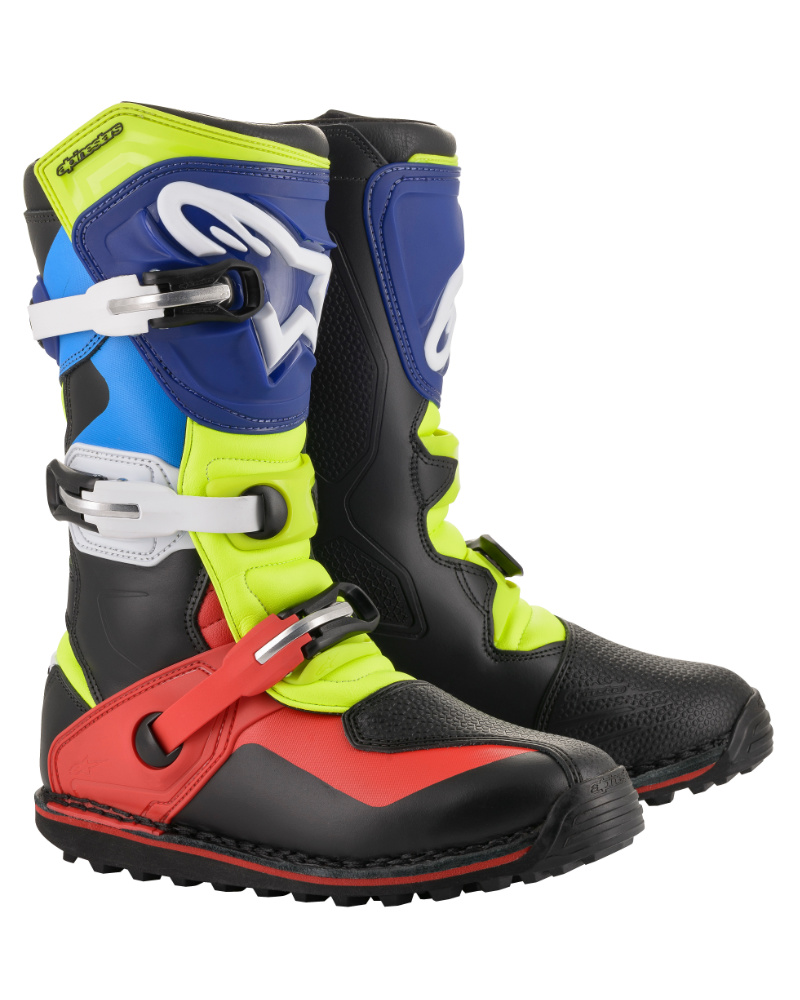 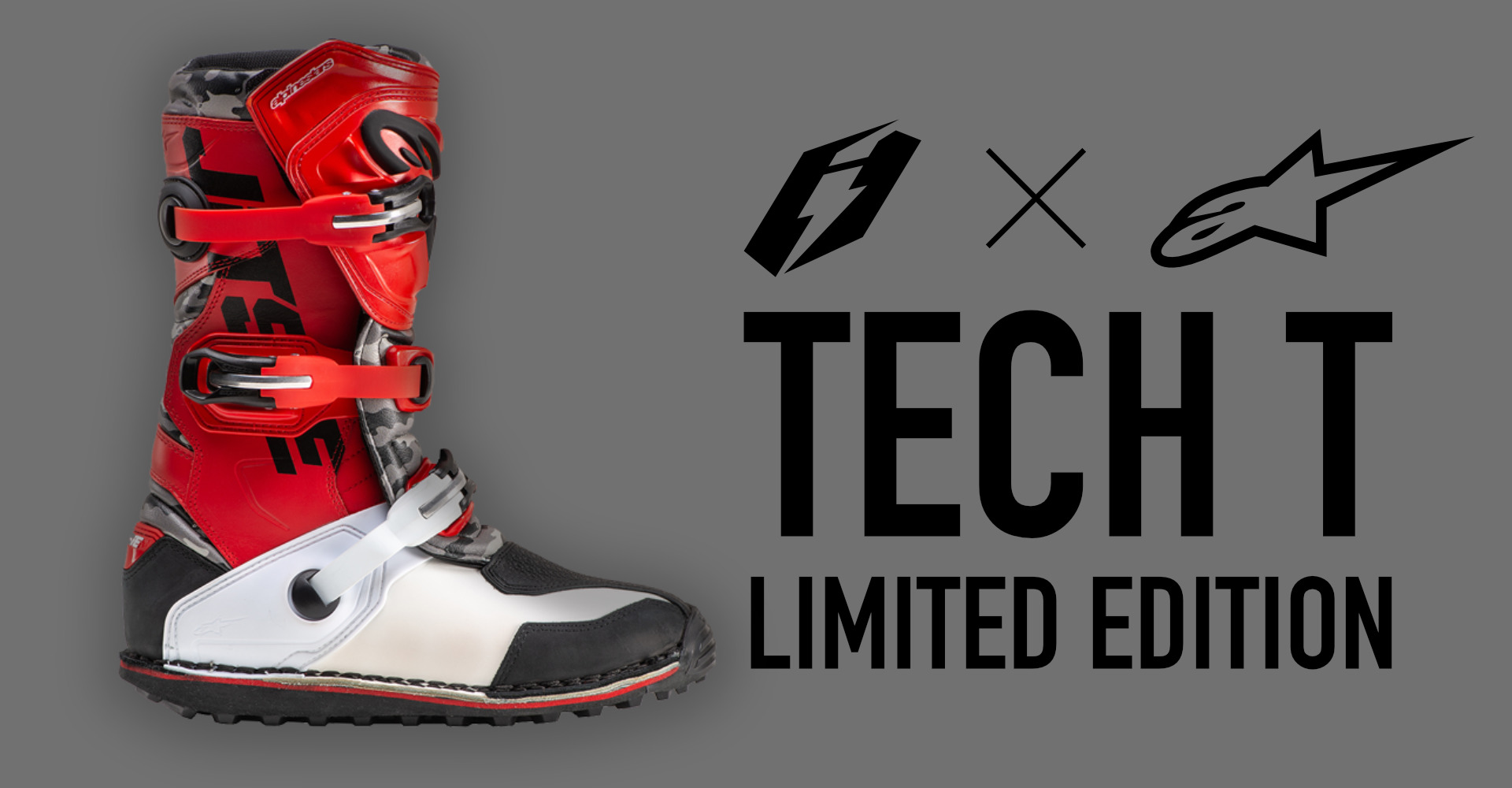 The limited-edition Alpinestars Jitsie Tech T — with only 450 pairs available from authorised Jitsie dealers, you’ll have to move fast to secure yours!

Developed and tested in the most challenging terrains around the globe and already the mainstay of trials legend Toni Bou, the Tech T features a new ergonomic shin plate for protection and a specially developed proprietary sole that offers support and protection while giving sensitivity and dexterity of the footpegs – critical for today’s trials riders as they attempt even more incredible moves. 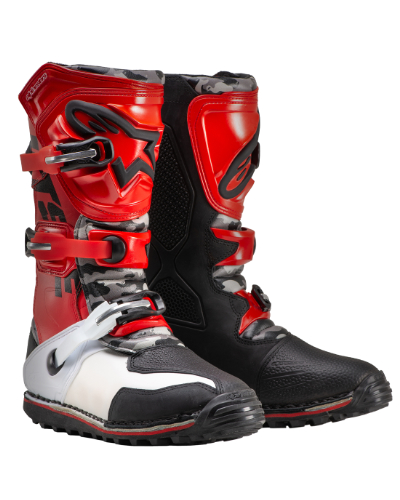